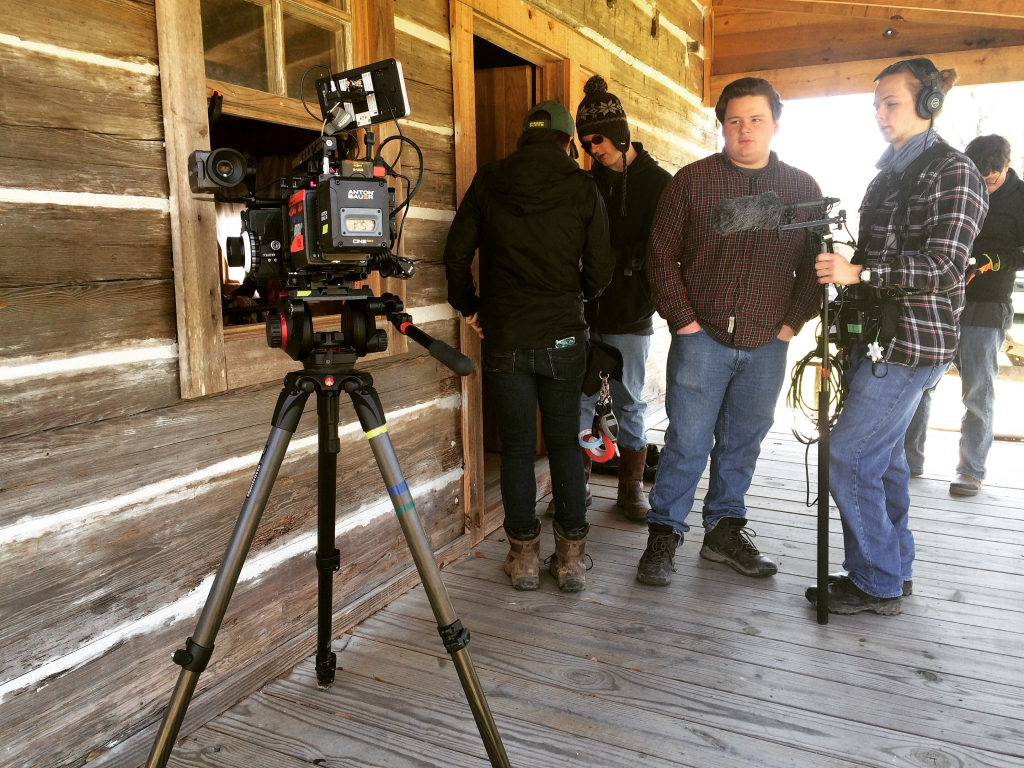 Thomas Hart (2nd from left) and Clinton Hart (3rd from left), chat with the film crew regarding the day’s set in rural Sontag, Mississippi.

While the majority of students in the Brookhaven area were out for Spring Break, a few Media Arts students from Mississippi School of the Arts tagged along with a film crew, getting a unique taste of film production. Students Thomas and Clinton Hart, Zachary Rast all from Wesson provided logistic support, Autumn Beavers from Bogue Chitto provided makeup assistance, and Alison Brown from Florence provided costume management for the crew of Running Wild Films as they filmed scenes for their latest creation, “Blood Country.” Running Wild is an Arizona-based film company.

According to the film’s official facebook page, “Blood Country is a Western thriller feature-length film produced by Running Wild Films, set in Mississippi and based on a true story by Robert E. Jones.” Locations for the film included former Mississippi Governor Andrew Longino’s historic homestead in Monticello, MS, a historic cabin in Sontag, MS, Rodney Presbyterian Church in Rodney, MS, and several other historic sites around Mississippi.

According to Travis Mills, director of Running Wild Films, 2017 was the second year students have been able to intern with the film company. Through a partnership with MSA, select students get direct experience in their chosen arts discipline. During the spring of 2016, students from literary, theatre, and visual arts were able to experience life on the set. That was all-the-while filming a southern mystery called “Porches and Private Eyes”, which featured alumna Elise McMurry (read article). The current 2016-2017 school year is the first for Media Arts since it is also the first year for the new arts program at Mississippi School of the Arts (about this). 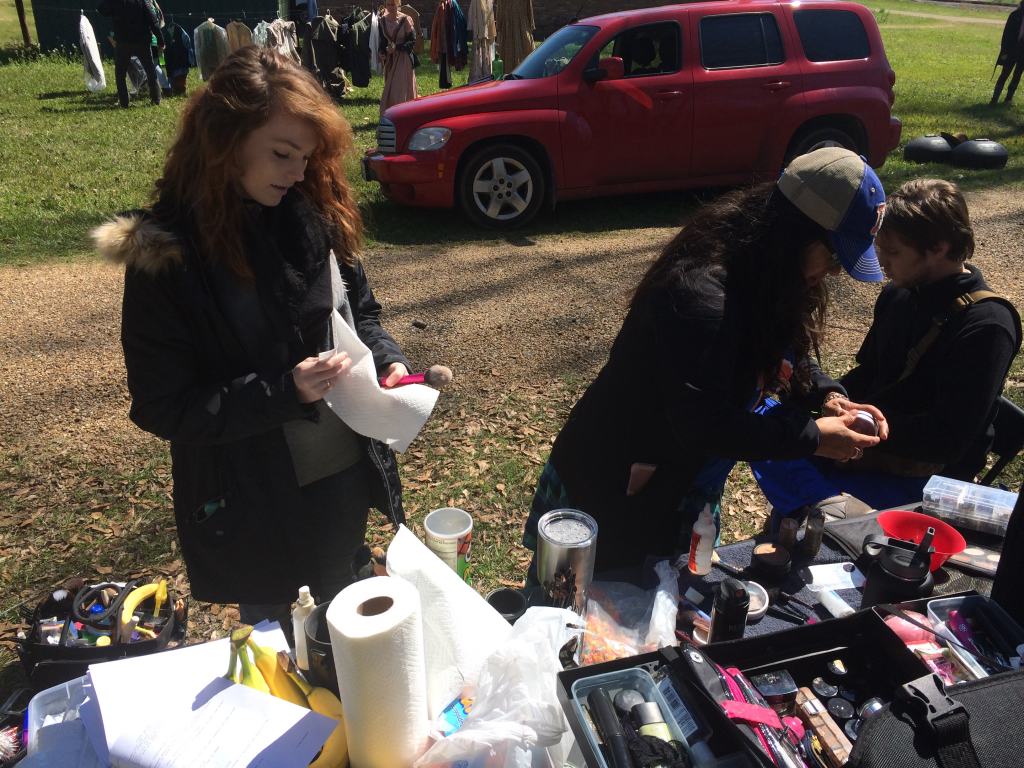 Autumn Beavers (left) assists professional makeup artist Dania Blanco as she prepares makeup for an actor on set (www.cosmiix.com). Costumes hang in the background as Alison Brown manages trade-in/out for the day.

Running Wild Films spent 20 days filming in Mississippi, capturing the nostalgic countryside and eclectic southern living in the process. Mills [director] said he is determined to shoot more films in Mississippi. Considering the open market of the industry and rediscovering his roots in Brookhaven, MS, there’s a valid ready why. Unlike some other places, Mississippi has created a haven for film, not only for the rich culture and history, but for incentives by the Mississippi Film Office to attract more film makers to the state. Last year, Mills started “Film Haven,” a film festival in Brookhaven where the town is quite known for its unique phrase A Home Seeker’s Paradise. “My goal is to showcase more films from Mississippi or directors who have shot films in Mississippi” said Mills.

The film “Blood Country” is scheduled to be released in the latter part of 2017. Follow the crew’s official film facebook page for movie updates – click here.