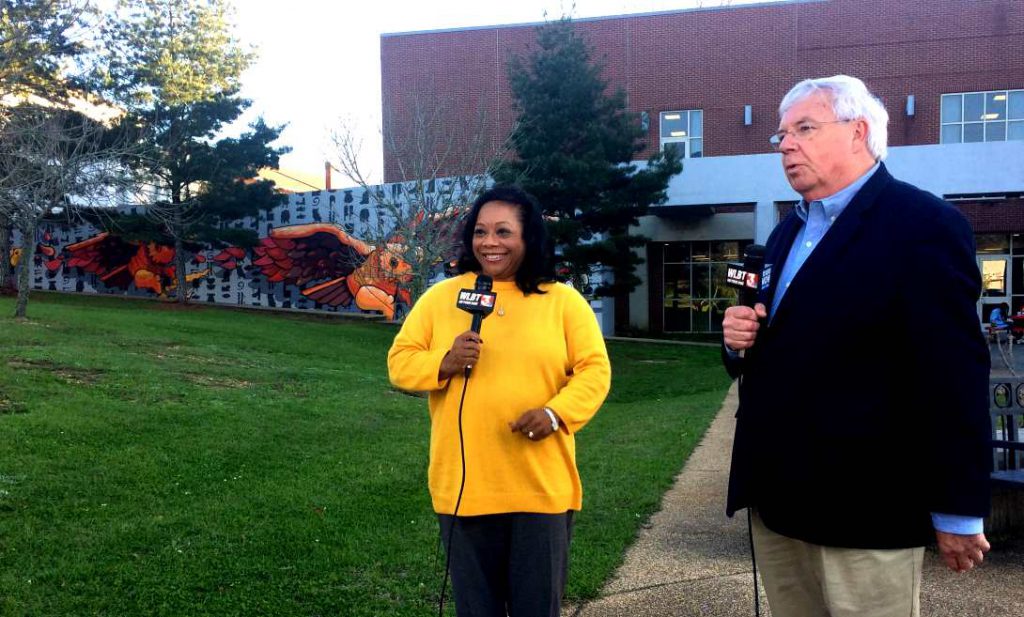 Award winning journalists, Maggie Wade and Walt Grayson, made a humble appearance at Mississippi School of the Arts during a week-long showcase of Brookhaven, Mississippi. The WLBT Channel 3 newscast was held in two different areas of the MSA campus. Coupled with the Mississippi Roads show by Walt Grayson, MSA received a grand tour by viewers all over the state.

Thanks to the WLBT news team for the featured newscast.