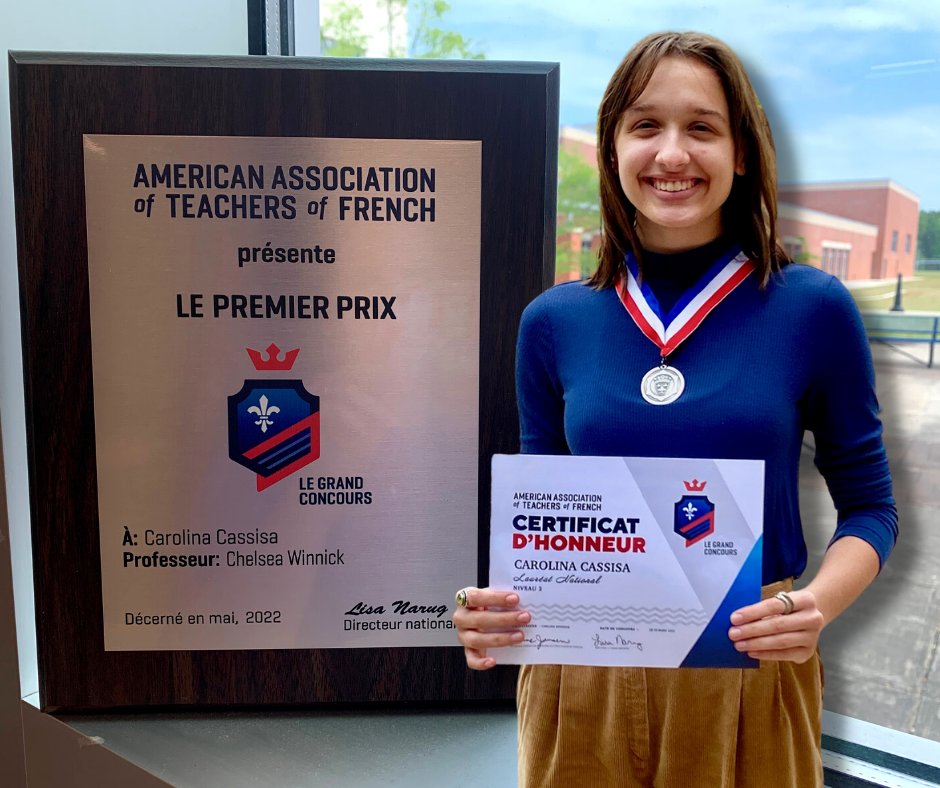 MSA junior dance student, Carolina Cassisa, has received the Platinum Award, the highest possible award for her score on the national French Exam, Le Grand Concours. Cassisa began studying French while at Oxford High School (OHS) and continued studying through a virtual option at Mississippi School of the Arts. With dedication, OHS French Teacher, Chelsea Winnick, continued to advise her to this prestigious national level.

Prior to attending Mississippi School of the Arts, Cassisa was a ballet dancer with Oxford Academy of Dance Arts and had participated in color guard since 7th grade. After graduation, Cassisa plans to attend college to study Classics and, eventually, dance professionally. Cassisa is an Oxford native and the daughter of Jane and Paul Cassisa.