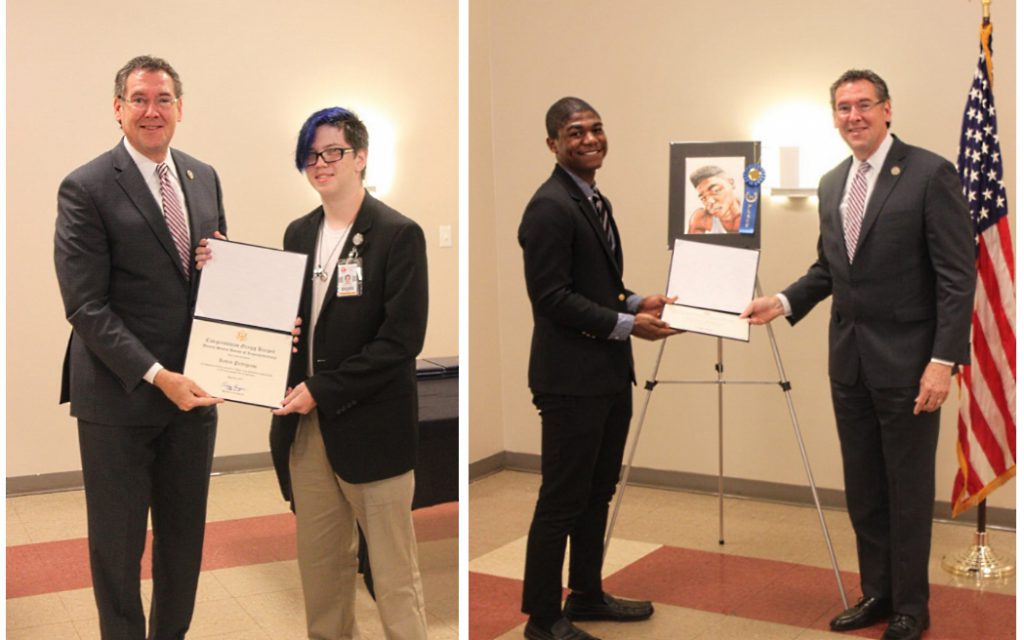 Congressman Greg Harper, from Mississippi’s third congressional district, handed  awards to visual artists from Mississippi School of the Arts. Each year, the Artistic Discovery Competition draws entries from high schools all over the district and judged at the highest level. The 2018 awards ceremony was held in Pearl, Mississippi.

Octavian Singleton, a senior from Brandon, received Overall Competition First Place for his piece “Water in My Eyes.” This same piece won Singleton a national medal in the 2018 Scholastic Art and Writing Competition. Singleton also received first and second in the Painting category of the congressional competition.

Kevin Pettigrew, a junior from Magee, received Third Place in the Painting category of the competition for his piece “The Little Things.”

According to Congressman Greg Harper’s web site, each spring, a nation wide high school art competition is sponsored by the members of the U.S. House of Representatives. The Artistic Discovery Contest is an opportunity to recognize and encourage the artistic talent in the nation, as well as in Mississippi’s Third Congressional District.

The Congressional Art Competition began in 1982 to provide an opportunity for members of Congress to encourage and recognize the artistic talents of their young constituents. Since then, over 650,000 high school students have been involved with the nationwide competition.

The Artistic Discovery Contest is open to all high school students, including home-schooled youth, in Mississippi’s Third Congressional District. The overall winner of the district competition has their artwork displayed for one year in the U.S. Capitol. The exhibit in Washington also includes artwork from other contest winners nationwide. 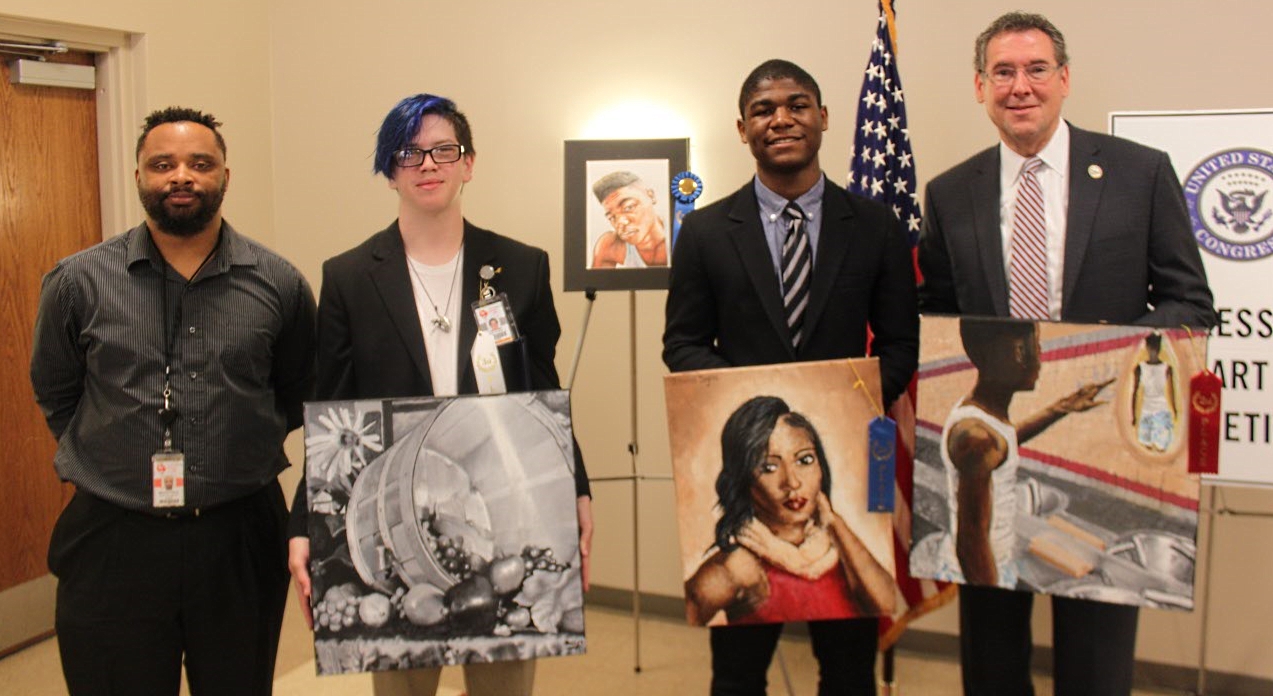