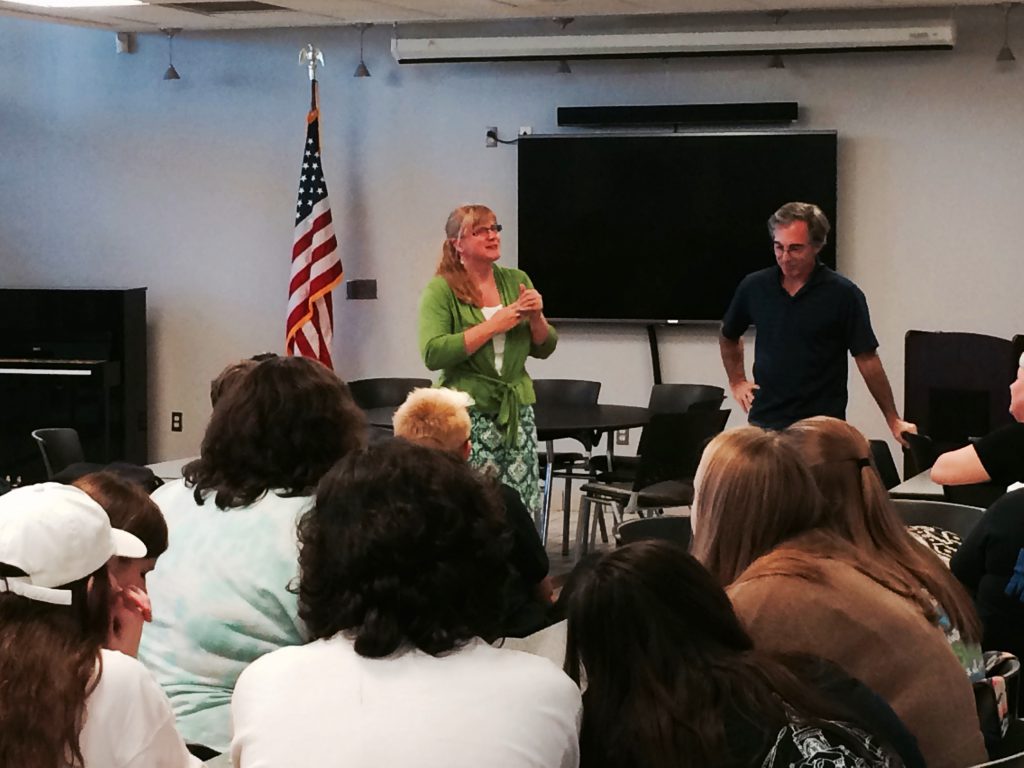 For the entire school year, students at Mississippi School of the Arts became indulged within their arts discipline. Whether it was theatre, dance, media arts, literary, visual or vocal music, dreams and aspirations continued to thrive in hopes of one day making it into the big industry. For Stephanie Storey and Mike Gandolfi (IMDB), those dreams came true, but not without some hardships.

Back in September of 2016, the married couple visited Mississippi School of the Arts to talk to our students about success in the industry, specifically Hollywood. Stephanie was fresh on her book tour, “Oil and Marble: A Novel of Leonardo and Michelangelo“, while Mike traveled alongside hopping from state to state. Both are experienced screenwriters, having written scripts for many award-winning television shows. Stephanie’s accolades include CBS, ABC, NBC, FOX, PBS, Comedy Central, Oxygen, Sundance, E!, MSNBC and more. Mike has written scripts for the popular television series, Roseanne, Veronica’s Closet and Dennis Miller Live. He is most known for his role as Andrew on the popular show Gilmore Girls, where he runs a fictional book store called Stars Hollow Books in the fictional town of Stars Hollow. During the discussion at MSA, Mike provided some great tips to students.

Rule Number 1: “Don’t be a jerk.” According to Gandolfi, many attempt to enter the industry with an all-knowing attitude or simply don’t want to take responsibility for a job they were not originally aiming for. To make it in the industry, one must accept job responsibilities not desired and move up from there. 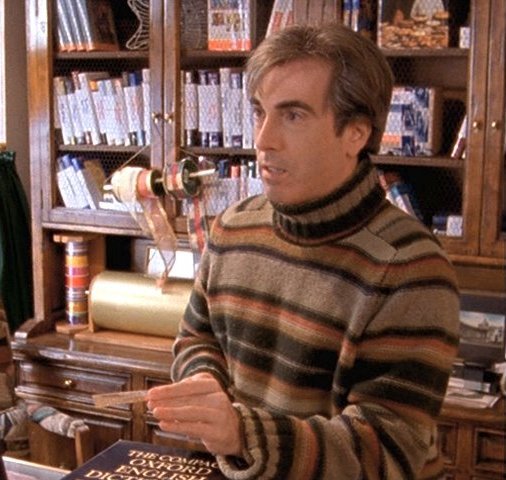 “Every table reading and rehearsal is an audition. You have to earn your job everyday. I have seen actors read their lines poorly and writers cut out the lines, because they don’t know if the lines mean anything.” said Gandolfi. Table reading is where actors and directors meet to read the lines of a script. The general idea is 1.) To make sure the lines make sense, and 2.) Make sure they are good enough for the show. “Don’t write a good script. Write a great script.” he said.

Senior visual student, Orchid Berch, asked an important question every artist wants to know: “Opportunities?” Mike Gandolfi: “Keep going out there. Audition as much as you can. One kid who has 60 million followers on Instagram makes YouTube videos everyday and gets noticed. If you’re making a show, I would put it on YouTube right now.”

“Most people sit in one place and wait for a phone call. When they don’t get a call, they pack up and leave. Get ahead of that game. Don’t sit at home. Instead, get out and work. You will then be ahead of most people in your town.” said Gandolfi. 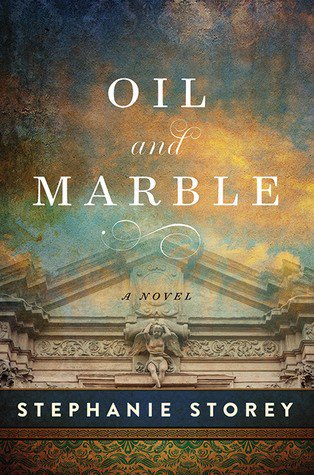 Stephanie Storey lived in Hollywood, California for 16 years. According to her, she originally went to college to study writing and be a novelist, but changed to Visual Arts. She then used her visual arts major for television and film. She finally ended up being a novelist, though. To get into the door, her goal was to become the best writer she could be due to competition. “In Hollywood, I applied to every job I could think of, including the internet 20 years ago.”

Storey received a Master of Fine Arts (MFA) degree in writing and enjoyed staying up to 2AM with friends. “Is an MFA required in Hollywood? No, but it has opened the doors for contacts, because I can contact graduates and get contacts for visual artists, writers, producers, etc.”

“Show up to audition ready to do the work. Memorize the lines like it is your character. Commit to the work. Show up to meetings, community events, etc. Don’t ever be late for a call-time. If you are not excited about doing the job, there are 50 people behind you who are willing to do it.” she said.

Cameron Kitchens, a senior theatre major asked: “I’m thinking about the Atlanta area. What’s your suggestions?” Storey: “Atlanta is a growing hotspot. It is not going to be as big as Los Angeles anytime soon, but if you like the smaller market and can make your own way in that market, it will be perfect for you. It depends on what you want.”

Kennon Bateaste, another senior theatre major asked: “So, your novel (Oil and Marble) is possibly going to become a film. Would it be possible for auditions?” The audience erupted with laughter, but Kennon was quite serious. “Hey, I’m just trying to put myself out there.” he said. “How many others in the room have put themselves out there yet?” asked Gandolfi while pointing at Kennon. Work and determination will get you there.

If you’re an established artist and would like to visit Mississippi School of the Arts, contact us for additional information. Artists may also qualify for the Guest Artist Residency Program. Mississippi School of the Arts (MSA) is an 11th and 12th grade public residential high school in Brookhaven, Mississippi. MSA is partially funded by the generosity of state legislature, allowing talented Mississippians from all over our state the opportunity to advance in arts education. Students apply and audition during their sophomore year in high school to be admitted their junior year.