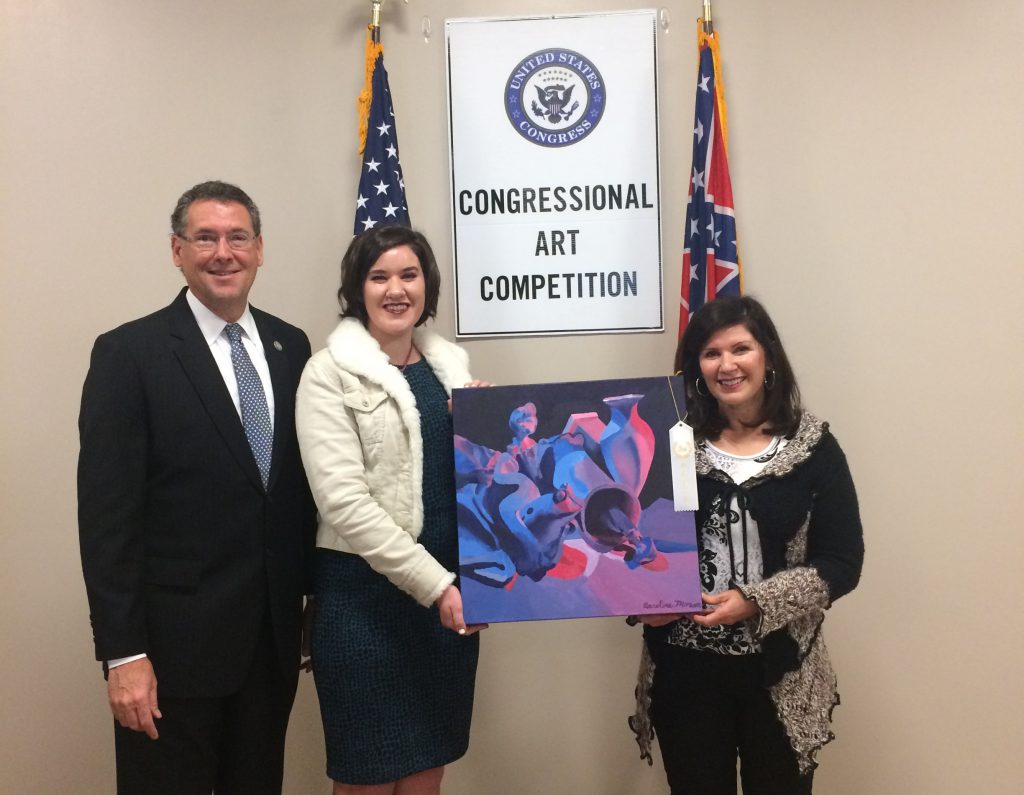 Caroline Moran (center) poses with her artwork with her mother, Kathleen Moran (right) and Congressman Greg Harper at a special reception in Pearl, Mississippi.

Caroline Moran, a visual art student at Mississippi School of the Arts, placed third in the Mississippi Third Congressional District Art Competition. Caroline attended a special reception in Pearl, Mississippi to receive an award by Congressman Greg Harper. According to the Congressman’s web site, each spring, a nation wide high school art competition is sponsored by the members of the U.S. House of Representatives. The Artistic Discovery Contest is an opportunity to recognize and encourage the artistic talent in the nation, as well as in Mississippi’s Third Congressional District. The Congressional Art Competition began in 1982 to provide an opportunity for members of Congress to encourage and recognize the artistic talents of their young constituents. Since then, over 650,000 high school students have been involved with the nationwide competition.